If you’ve been on Crypto Twitter lately, you might be asking yourself: WTF are all these goblin NFTs clogging up my feed? We had the Kevin spinoffs from Pixelmon, the CryptoDickButts, the MFers ... and now this?

But if you’ve been lucky enough to avoid much of the meme-laden JPG fodder, let Decrypt introduce you to the one—and only—Goblintown.

Goblintown isn’t a real place. It’s a state of mind that involves groaning, moaning, memes, and an undying obsession with urine and fecal matter. Its community mispells more words than a kindergartener (it’s intentional), and its official OpenSea description is little more than a few discernible words embedded among all-cap letters.

To join this exclusive community of gibberish-speaking fetishists, you’ll now need at least $16,000. The minimum purchase price (floor price) of one Goblintown NFT more than doubled overnight into Wednesday from 3.9 ETH to 8.95 ETH at one point, which in this market dip equates to about $16,600.

So far, the highest goblin sale was a 1-of-1 orc NFT, which sold for 77.75 ETH ($144,600) on LooksRare early Wednesday morning. Though it’s worth noting that this may be a product of the marketplace’s rampant wash trading.

Regardless, some are paying five to six figures for ugly goblins—The Sandbox blockchain metaverse game purchased a 1-of-1 Goblintown NFT a week ago on OpenSea for 26 ETH, roughly $48,000.

Perhaps, dear reader, you might be asking yourself, Why on Earth would anyone buy such an ugly NFT—a unique blockchain token that signifies ownership over an asset—for thousands of dollars?

That’s a good question. For one, the NFT community has plenty of “degens” who enjoy “aping” into new projects.

Add to that the fact that the Goblintown collection, which currently has 4,600 unique holders according to OpenSea data, prides itself on having “No roadmap. No Discord. No utility.” The reason for the NFTs’ skyrocketing price appears less and less to have any clear rhyme or reason beyond being “for the memes.”

To a large extent, it is about the memes. There are plenty of Goblintown memes online, and there's even a 1-of-1 NFT based on the Pixelmon collection’s much-memed Kevin. 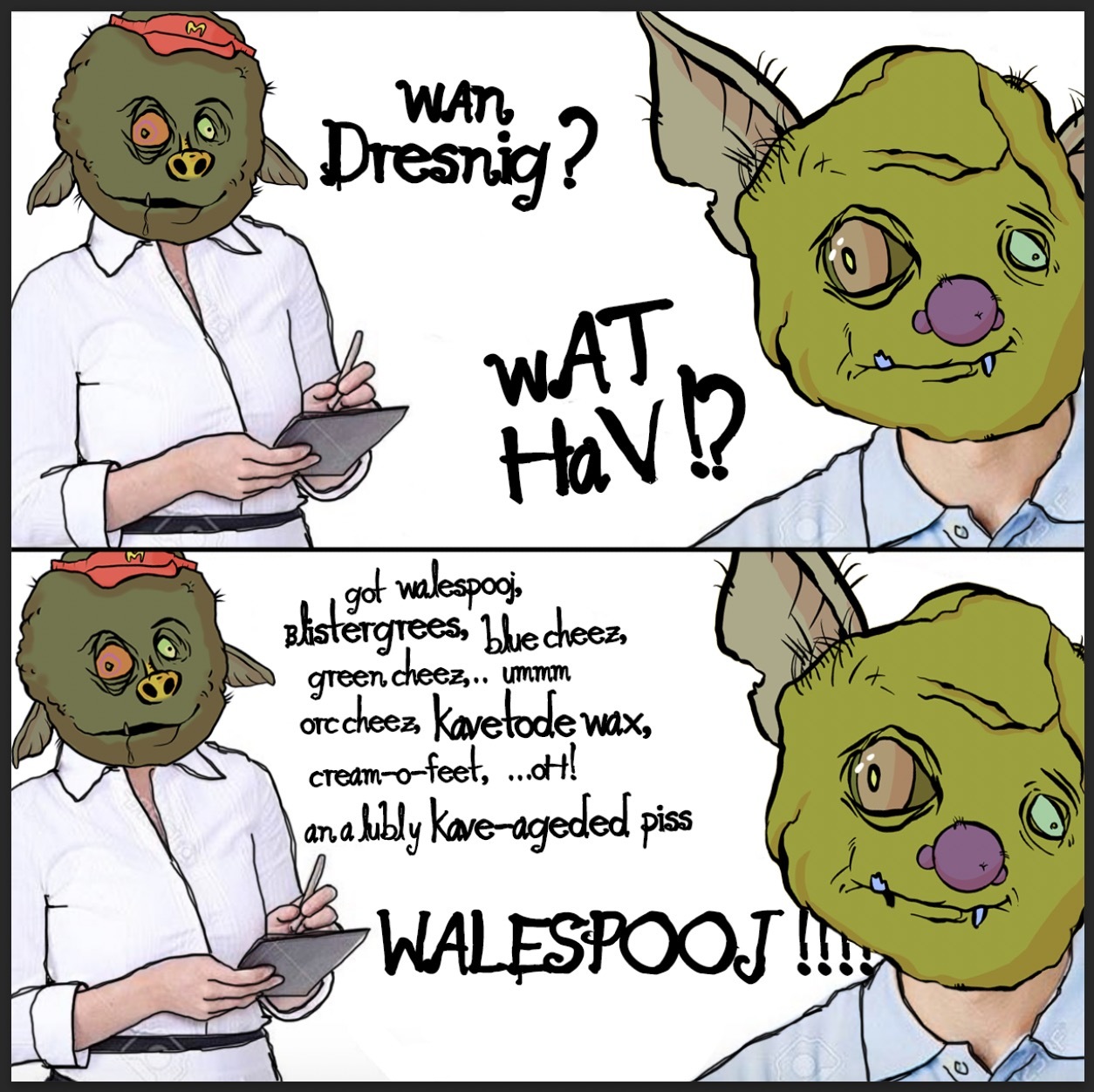 Image: The Goblintown NFT community is playing into the “McDonalds” jokes that come with each crypto market downturn. Source: Twitter.

Over the past week and a half since its free mint, Goblintown has already trickled into mainstream consciousness. Netflix Director of Product Design Kristy Tillman called Goblintown’s Twitter Space last week (where NFT holders made goblin sounds) “either an absolute new low or brilliance. The line is very thin here.”

Markus Magnusson, Founder of the Ethereum NFT collection Invisible Friends, suggested that the hype around Goblintown was “killing” other NFT collections, including his own.

the goblins got us https://t.co/seWmiOo1qt

But the NFT community on Twitter sees it differently—and has a simple reason for splurging on images of creatures with traits like “Flappy,” “Dawwww,” “Clubbin time,” and “BLINGG.”

It seems that much of Goblintown’s success comes precisely because its associated art is so comically ugly.

As the NFT community rallies around goblin JPGs, many are left scratching their heads. The founders of Goblintown have yet to reveal themselves, leaving Twitter power users with nothing but speculation.

One self-described “meme connoisseur” admitted that even they were baffled by Goblintown’s rising floor price.

“Anything you thought you knew about the NFT market you don’t,” they wrote, “[and] clearly neither do I.”

But if you think the Goblintown founders have finished all they set out to do, think again.

A mysterious tweet written in goblin-speak surfaced on the official Twitter page Wednesday morning, hinting at a possible free drop through the official Goblintown website this Friday evening. The tweet appeared along with an image of what can only be described as mutant burger juice.

Make of this what you will.

Get Crypto Newsletter
Market Cap
24h Vol
63.57%
Bitcoin Share
0
Today News
Read the Disclaimer : All content provided herein our website, hyperlinked sites, associated applications, forums, blogs, social media accounts and other platforms (“Site”) is for your general information only, procured from third party sources. We make no warranties of any kind in relation to our content, including but not limited to accuracy and updatedness. No part of the content that we provide constitutes financial advice, legal advice or any other form of advice meant for your specific reliance for any purpose. Any use or reliance on our content is solely at your own risk and discretion. You should conduct your own research, review, analyse and verify our content before relying on them. Trading is a highly risky activity that can lead to major losses, please therefore consult your financial advisor before making any decision. No content on our Site is meant to be a solicitation or offer.